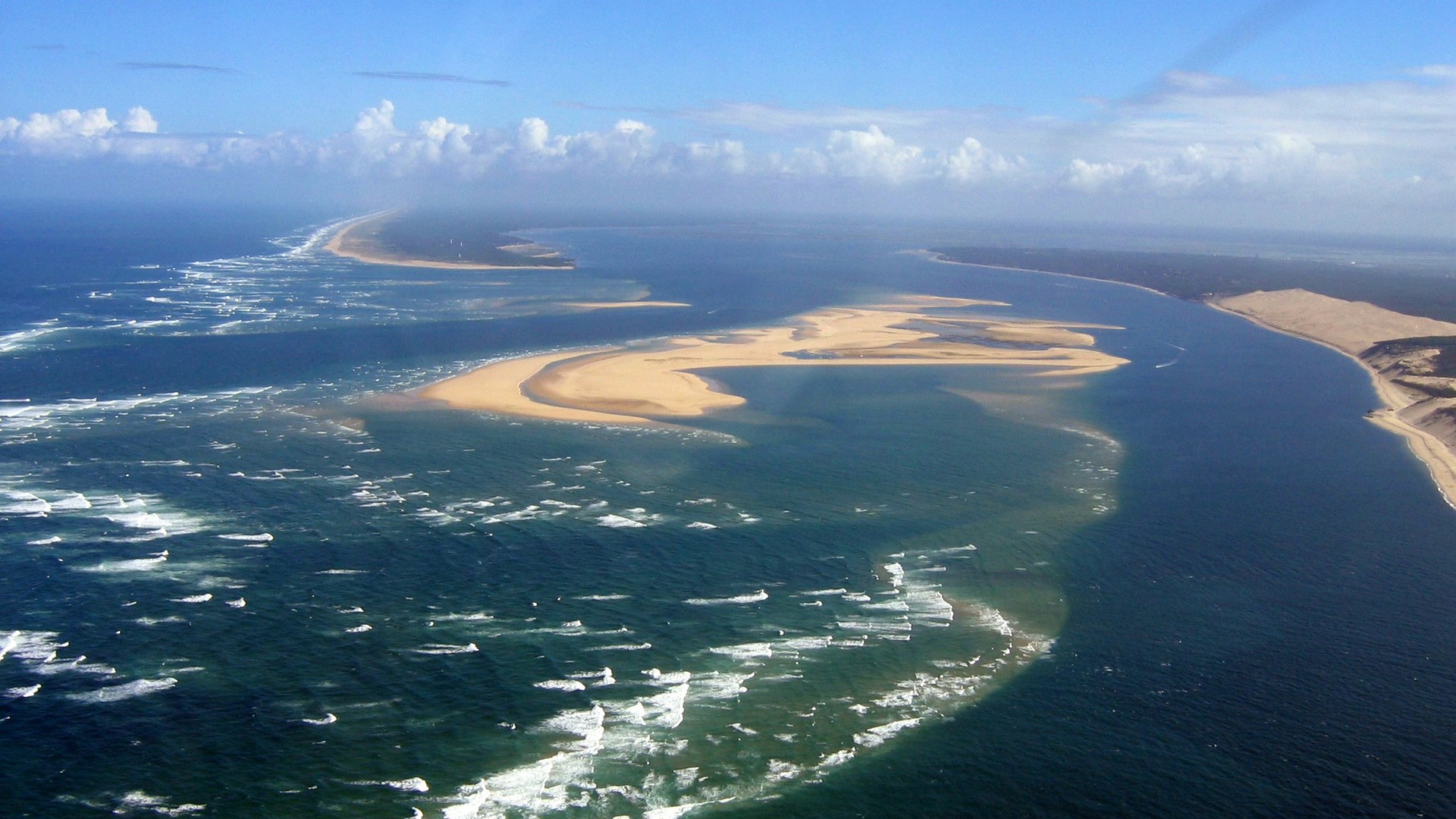 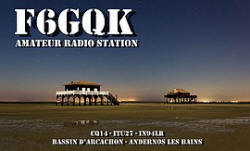 My name is Christian and my callsign is F6GQK. I have been radio amateur since 1979. I had the opportunity to make a lot of radio traffic, most of the time in CW (morse code) when I was TL8ER in Central African Republic between 1982 and 1984. But I was also FK/F6GQK in New Caledonia, ON9CCF in Belgium, FO5OU in French Polynesia (Tahiti) and recently 5X1CW in Uganda. After that, I lived for 6 years in Alsace in a Lampertheim, a small village ten kilometres north of Strasbourg. I am retired from the army now and I have moved in the south-west of France near Bordeaux. I live in a small city by the Basin d'Arcachon, named Andernos les bains. A very nice place where I enjoy all the pleasures of retirement. The place is gorgeous and very nice. There you can enjoy the pleasure of the ocean, the smell of pine trees, the sun and the Basin d'Arcachon itself. Wonderful if you have a boat. Bordeaux is not very far away so that you can remain in touch with the "civilisation". I have a house with a pool. When I get bored, I go to the flying club (6 minutes away). There, I meet my fellow pilots and I fly. The club is very active. The last trip we made was in Guinea-Bissau. After I stopped radio traffic for a few years, I decided to resume slowly. I have already installed a pylon who will receive my R7. I bought a ICOM 756 PROIII and even had a new QSL card made (see on the left). The ICOM 756 looks so great that I begun to write a CAT program for it as the one that I wrote for the FT-900. It will be available shortly.

A few years ago, I was in Kampala (Uganda) where I spent three years from 2001 to 2004. My callsign there was 5X1CW. I was working mostly in CW but also now and then in SSB, RTTY and PSK31. My equipment was a Yaesu FT900AT transceiver and a vertical multiband R7 from Cushcraft. When I left in July 2004, I had made more than 14000 QSO. If you did contact me, and want to receive the QSL card, please send your mail to my last address in France. This address can be found on the http://www.eham.net/ website. Do NOT send QSLs to any other address you may find anywhere on the net or even in the CallBook because I moved in 2001, re-moved in 2004 and moved again in 2009. Your mail would certainly be lost. No QSL to French Polynesia, Haguenau or Kampala either. Your mail would be lost or destroyed by the postal services. In your mail, do not forget to include a self addressed stamped envelope (SASE). You can also use IRCs (International Response Coupons)but please use the new ones. I still receive 20 years old coupons. Or use "green stamps". 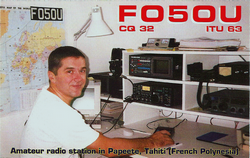 The photo on the left is more recent. It shows my station in Papeete (French Polynesia) when I used the FO5OU callsign from 1993 to 1995. I was a little less active than in Central African Republic simply because the propagation was not as good in the Pacific at that time but also because FO5 is not as rare a prefix than TL8 can be (or could be). However, I contacted 198 DXCC countries in more than 3900 QSOs and all this in CW ! 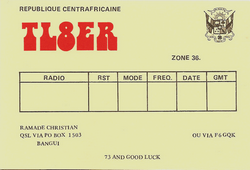 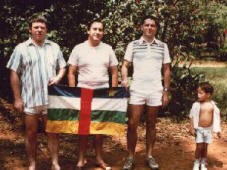 The picture on the right was taken in 1983 when I was active in Central African Republic (1982-1984). From left to right you can see TL8DX (my brother Jean-Michel, i.e F6GRY), TL8CK (Charles Jansky), myself TL8ER and my QRP Geoffroy (he is 35 years old now hi). At that time, my brother was on vacation and came to visit me in CAR. He made some trafic in SSB and CW with his own callsign TL8DX. Other radioamateurs were also active at that moment in CAR (but not in CW though) like TL8CK and TL8GE in Bangui and TL8DC in Bouar which is situated in the north-western part of the country. In TL8, I contacted and later confirmed 254 countries in 17000 QSOs - ARRL DXCC CW. 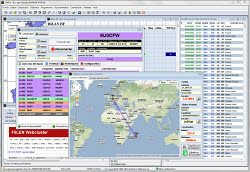 I love programming. I work in Pascal language under Delphi®. My main program is DXFILE. The first public version was the 2.0 programmed in Turbo-Pascal under Windows 3.1®. This version was already quite good. All my trafic as FO5OU was recorded with this version while improving it everyday, modifying on the spot what did not really suit me and adding whatever idea came to my mind during my QSOs. With the introduction of Windows 95® and the first version of Delphi®, things got rapidly and amazingly much better. Today the current version of DXFILE is the version 9.6d. This version is very stable and very thorough. It allows the amateur radio to handle his traffic and all the associated tasks like sorting, editing and printing QSL cards. You can also manage different types of diploms (DXCC, WAS...). The Packet-Clusters can be monitored via a specific modules. Other function are also available like the locator and antenna bearings computing and so on. Among the already mentioned functions, DXFILE allows the management of IOTA, WAS, DDFM, DIFM and WAZ diploms. The printing module has been improved and it is now possible to make a thorough assessment of your traffic on every HF band and for any DXCC country. A propagation module has been introduced recently after the locator module (locator Europe) and the web cluster connection module. 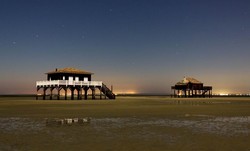 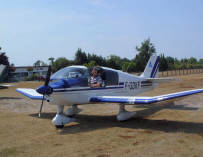 But I am not interested only in programming and radio. Here, in my region, it is also very nice to go out by the ocean. Very often, I take my bicycle and go to the ocean using these very nice cycle tracks winding among the pine trees. One of my other favorite passion is to take a plane and to fly over the Bassin d'Arcachon, the Cap-Ferret and the Pyla dune. This photo on the right shows me at the controls of a Robin DR-400 belonging to the flying club of Andernos les bains (LFCD) where I live now. I am looking forward to meet you there.